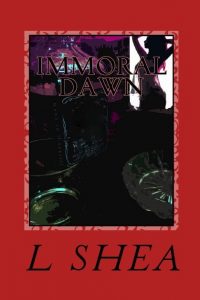 Killian Greye is an immoral man. In his past, he discarded any possibility of facing an emotional tie with Kay, the girl who taught him about love. He left her behind to embrace a future alone. Business is everything. Money is the means to making his life all that he ever wanted. When he returns to Cork in Ireland to take care of a problem that has consequences for a deal in his carefully tailored New York business world, he becomes embroiled with his past and Jack Breen.

Inevitably, Killian meets Kay again. She is Jack’s wife now, a revelation that has deeper implications for Killian. They begin an affair, but this time he is led on a dance that makes him examine the reasons why he left Kay behind. Their passion erupts into an exchange that causes Killian to lose sight of the real reason he came back, but is Kay playing him in an effort to get revenge? Is Jack Breen the fool he appears? Did he manipulate Killian into leaving Kay behind all those years ago and is Jack using her as a ploy to distract him from a deeper problem with the business deal?