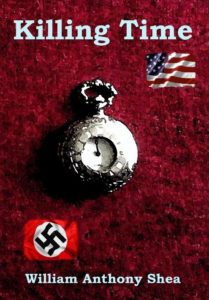 A stranger named John Diablo visits six individuals of diverse backgrounds, who seem to have no obvious connection to each other, to offer a second chance at life – an offer they are all highly motivated to accept due to the tragic circumstances of living in obscurity and failure. When the world turns, the consequences of the changes they accepted begin to have implications that may well make them wish they had refused, as their lives become entwined in a macabre gamble that can only end badly.

Jack Gabriel, a New York detective, holds the key to unravel all that they believe, in a past they cannot forget and a present that offers little or no solace to an increasingly hollow future.

Diablo and Gabriel are two sides of the same coin with diametrically opposing views. Where one manipulates, the other begins to gain insights into the truth behind the aspirations of the Diablo Foundation and John Diablo’s personal ambitions. In the end it is all about time – a commodity that is fast running out for those coerced by fate into a game they never had a hope of winning…