Saga of the Sentenial Book Two – For the Land that Fell 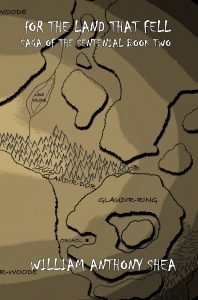 The Dwarves of Odinru have abandoned their ancient home retreating from a world in conflict. The shadows are rising. Atainruin is being consumed by a nightmare that has not been seen in an age. The Sentenial must find his way through the darkness as Torinuine braces against the onslaught of Trollyn, Shadows, Demons, and even the dead who have fallen in battle.

Oriaol stands as the last bastion of light against the night. The forces of Xavier have all but retreated from the borders of Torinuine to hold the fortified city; a city that has already fallen once to darkness.

The Sentenial has no more time to choose. He must accept his past and stand as High Lord of a land choked by the might of a relentless enemy; knowing he may well stand alone as the only hope for a dying land.

READ SAMPLE: Sentenial Book Two – For the Land that Fell